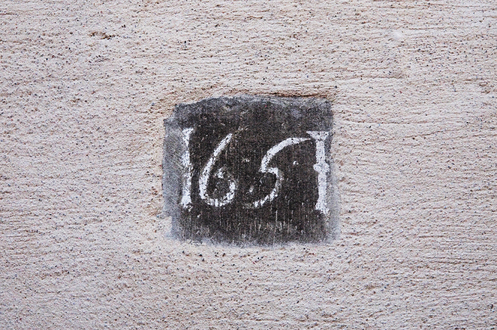 Le Manoir's first stones were probably laid in the 13th century, while the main structures have remained from 1651. It has been the abode of princess and counts, as well as farmers and winegrowers.
Its story with us began in 2006, when we fell in love with the village and the house, and launched into a two-year renovation adventure. Starting from gravel floors and derelict stone walls, devoted regional craftsmen gave it a new life. We endeavored to preserve the original oak doors and beams, as well as the stairs and stone-walls. But we opted for a modern, contrasting decoration, as we don't want to live in a museum! The furniture is a mix of antiques and new pieces, which come together in nice harmony.